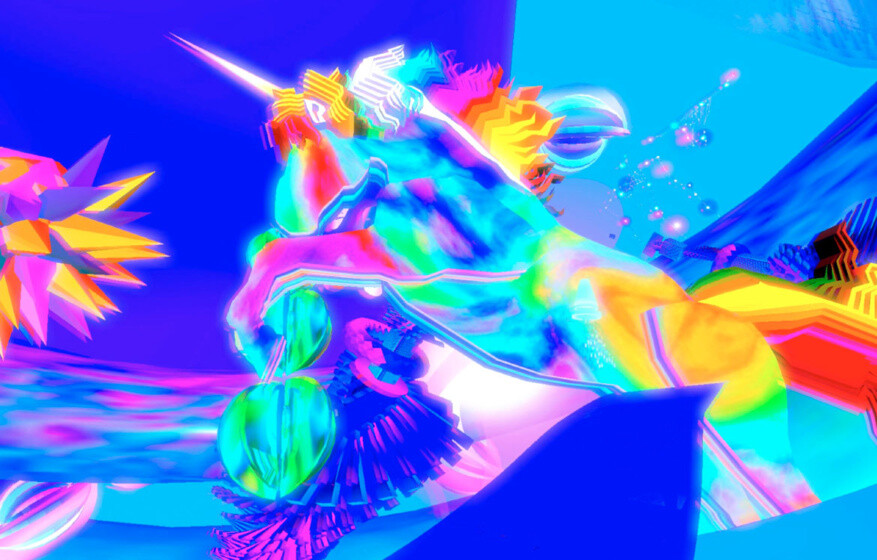 In the exhibition project: “Open Source Mentality” DDAMA offers a stage to the interesting and special ideas related to the theme.
“Open source” is democratic design, intended to make tools accessible to everyone by releasing source codes.

Artists are invited to show and tell something about their own work. Apply via:
Info@DDAMA.eu.

The most widely used “open source” programs, with which you can create interesting images, animation, games etc are Blender, Inkscape, Gimp, Krita, Processing, or works with “open source” Java Script, such as p5.js or Three.js. Users are invited to do their own work show and tell something about the work.
“Open source” is about sharing in ICT. Someone has an idea, starts working out and throws it open so that others develop it openly. This is usually about tools, aids, not final products. It is often the color box, not the drawing. It is about the on going process.

Sharing in digital art is an idea that goes directly against dealing with traditional art.
This concerns the unique artwork, the signature, the originality. To copy or counterfeiting of analog art is not appreciated.

This is also often the case with digital art about the ultimate unique work. Digital art, brought out as “open source”, is calling QUESTIONS ABOUT THE INDIVIDUAL VERSUS THE COLLECTIVE. The attitude of these artists is different. They broaden the distribution of their art enormously, by sharing. The friction between parts and authenticity in digital art, is in the project: “Open Source Mentality” theme for talks and blogs.

The nice thing about “open source” is not only the selfless sharing of ICT tools, but rather developing jointly, using the potential of other interested parties. Wikipedia is a good example. That concept of something together making is interesting. It may also be an attempt to break monopoly in some cases from big players. Linux started out as a hobby, became an alternative to Unix and became competitor for MS Windows and Mac OS X, and is now so big that it is only manageable by large companies. Processing is another example, an “open source platform”, not only with free software, but also free source code of” artworks ” with which everybody is allowed to contribute to the concept. But releasing the code for free is for designers, who worked on their programs for years, often less attractive.

DDAMA offers in the project: “Open Source Mentality” a platform for: